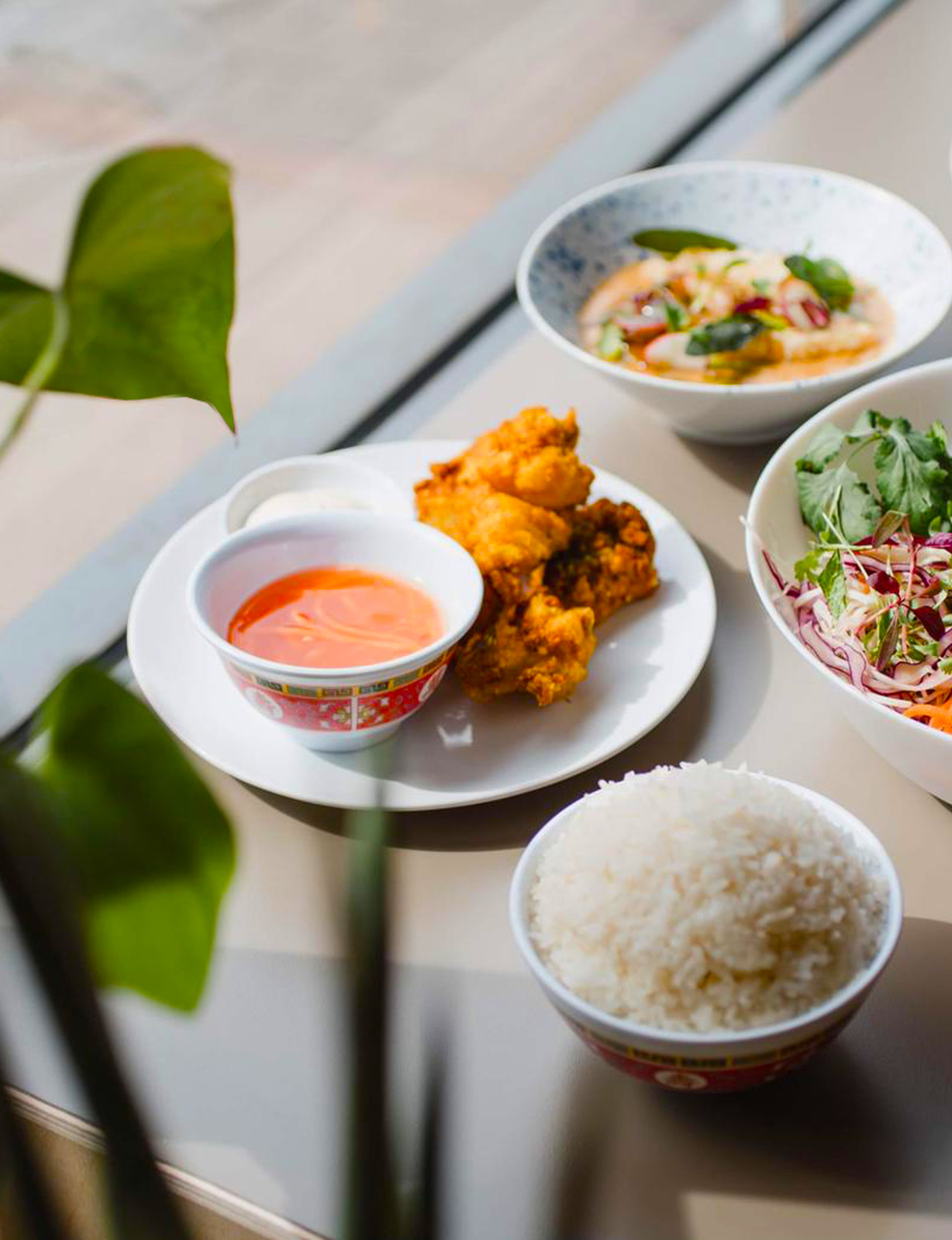 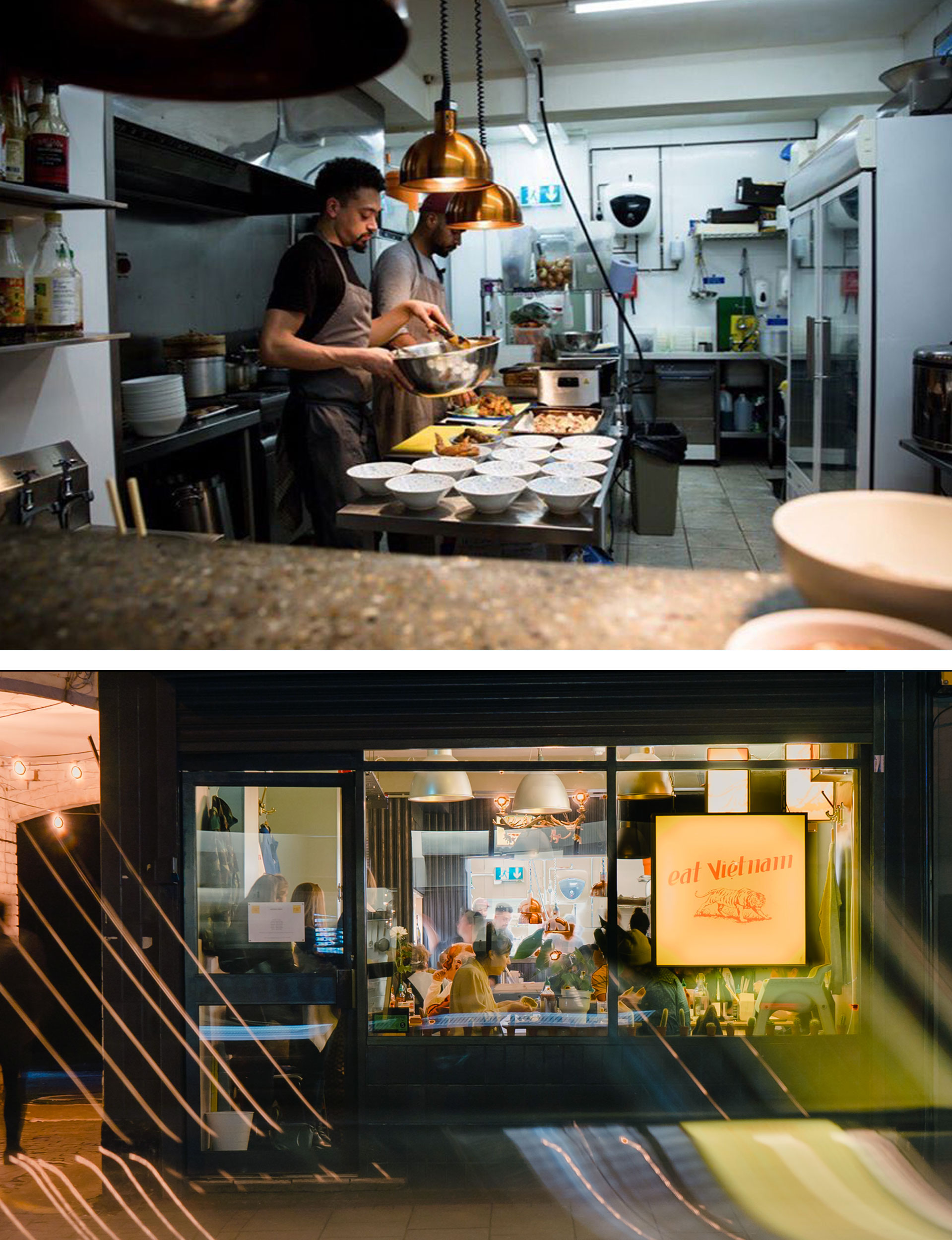 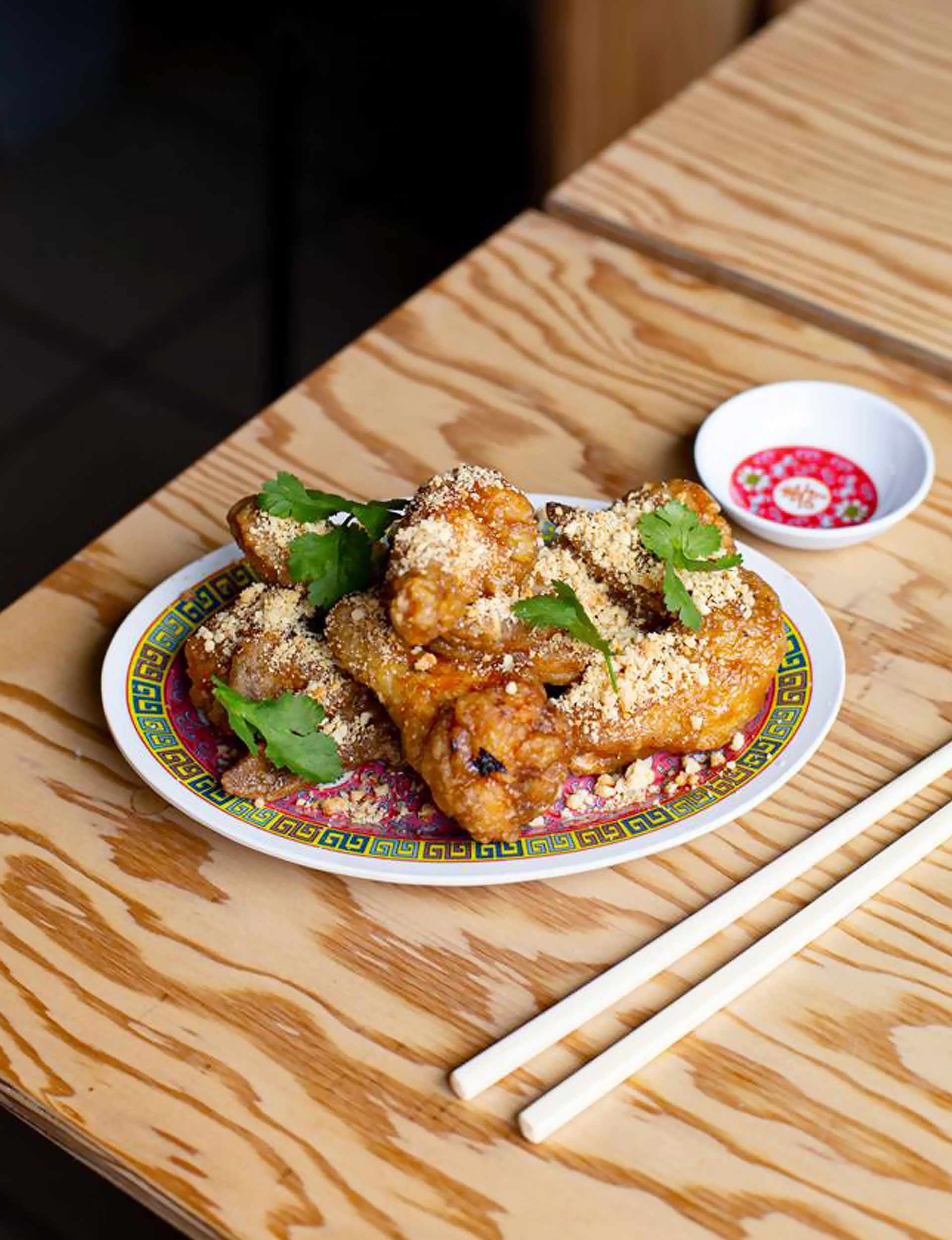 There are few, if any, more magnanimous people in the Birmingham restaurant scene than Ming Nham, the brains (and pure hard work) behind runaway suburban success story Eat Vietnam.

“I’m not a chef,” he says, his trademark smile dimming a little, a rarity on our meeting and one that underlines his sincerity. “To call me a chef would be an insult to the team in that kitchen,” Ming nods towards the pass and the clattering of pans that emanates from it “And the combined 50-odd years experience they must have working in top kitchens.” Ming doesn’t call himself a restaurateur either. It’s unlikely to be on his business card but he describes himself as “someone who just happens to have a business that involves food”. It’s self-effacing but it underlines his point. Ming has taken his street food Vietnamese concept into a hugely popular bricks and mortar venue, but it’s the team he’s surrounded himself with that has refined the dishes to a level that has made Eat Vietnam the hottest table in town.

Cambodian-born and of Chinese heritage, Ming grew up in Vietnam and was one of many thousands of refugees who left Vietnam by boat in the 80s headed for “anywhere” he says. His boat was picked up by an English ship and after a short time in a Thai refugee camp he found himself attending a school in Birmingham at age 11, knowing literally no English. Although his palette and taste for East Asian flavours was obviously evolving from day one, Ming had no intention to carve a career in cookery, his post-school passion being almost entirely menswear and fashion focussed, today Eat Vietnam having a thriving mini business in upcycling unloved clothing, branding them with the Eat Vietnam logo and selling them to the cult following of Brummies who have taken the brand (and the food) to their hearts.

But a career in fashion and buying was not to be, Ming stepping out of the industry in 2015 and finding himself jobless, mainly because a move to London was neither appealing nor practical. Over time Ming had become a handy cook and he’d also begun befriending Brummies in the bakery and street food businesses. He suggested to one such new friend, (Dom Clarke, who runs the equally popular Caneat restaurant, but back then was baking in the Jewellery Quarter) that he cook for Dom and some others and that they feedback‚ with both barrels if need be, on the quality (or lack of) of his self-taught cooking. It was a hit, so much so that the attendees offered Ming work and equipment to learn the trade. Ming began working at Peel & Stone, Birmingham’s former bakery of considerable note, and kitchen space was even offered to Ming to help him work his way into the, by now, burgeoning Brum street food industry, the famous Digbeth Dining Club offering Eat Vietnam its first opportunity. Stirchley’s LOAF bakery also began giving Ming a pop-up night here or there, the queues lining Stirchley High Street back when queues out of the door were a sign of quality, rather than a social distancing necessity.

“Fish sauce is not for everyone”

Opposite LOAF sat a disused former greasy spooner, the signage ‘Maggie’s Munchies’ to this day still emblazoned across it. It was here where Ming, after lots of saving and hard work and, he’s keen to emphasise, helping hands from Brum’s food world, would finally set up Eat Vietnam. His own restaurant that he too hands to aspiring chefs for pop-up nights, paying it forward whenever possible. 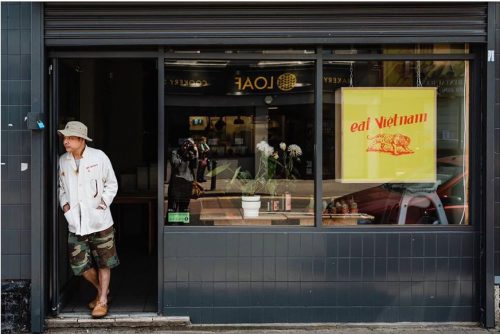 A word-of-mouth success story from the off, the Eat Vietnam website describes the food as traditional. “And it is,” he insists. “We use traditional Vietnamese ingredients and traditional flavours but within three months of opening I’d hired Tom and things started to change organically.” Tom Smith is Ming’s head chef and alum of both Purnell’s, (Birmingham’s most well known Michelin star) and Simpsons (the city’s longest held star). He also has work experience from Restaurant Sat Bains and Tom Kerridge’s The Hand Of Flowers. Tom’s by no means the only team member with pedigree, his kitchen now home to staffers with experience from Harborne Kitchen (another Brum suburban success story), North Wales’s one-starred Sosban and Ollie Dabbous’ Hide, to name just a few.

It’s this band of, in Ming’s words “bright young things” that have taken Eat Vietnam to the next level, a direction they were headed in well before COVID, but a route that was fast-tracked during lockdown. “We wanted to cut down on waste,” says Gavin Curtis, General Manager, contributing from time-to-time as he runs the restaurant around us. Gavin’s background includes Pho and Rudy’s, two very well thought of chain restaurants — experience the likes of which nobody else on the team is able to bring and another string to the restaurant’s collective bow. It’s almost like Ming planned it. “The virus made us pause and rethink,” continues Gavin. “Rethink the menu, cut down on waste and refine things. Less quantity, more quality. A smaller menu but with more emphasis on the specials board. Tighter food. More focus. Ming will come in with a new dish and the team,” Gavin’s turn this time to nod in the direction of the kitchen’s hubbub “will play with it and play with it and out will come something, usually, sublime. With its roots in Vietnam but with a sprinkle of something extra. A bit of magic.”

It’s fitting that during the interview Ming’s staff members come and go, chipping in here and there. It’s symbolic of the teamwork fostered at Eat Vietnam, the chefs in constant dialogue with Ming, their precision cookery working in harmony with Ming’s flavour profile to produce great quality, great value food — a culinary level above where Ming feels he could take it alone. The businessman’s awareness of his own limitations proving an enormous asset for Eat Vietnam.

“Rethink the menu, cut down on waste and refine things. Less quantity, more quality. A smaller menu but with more emphasis on the specials board. Tighter food. More focus.”

“I found myself cooking with ingredients I’d never used before,” says Tom Smith, taking his apron off after the lunch shift. “I’d never used fish sauce before I came here, can you believe that?” He says this while sat beneath an enormous sign reading ‘FISH SAUCE IS NOT FOR EVERYONE’. The chef is chuckling with Ming, clearly enjoying what he’s doing, harnessing the creativity he learnt from the likes of Glynn Purnell and applying it to the homely plates from Ming’s childhood. “Shrimp paste, I’d not used that either. But it’s all about balance, you know? You don’t need to have years upon years of experience of an ingredient to know how to balance it.” 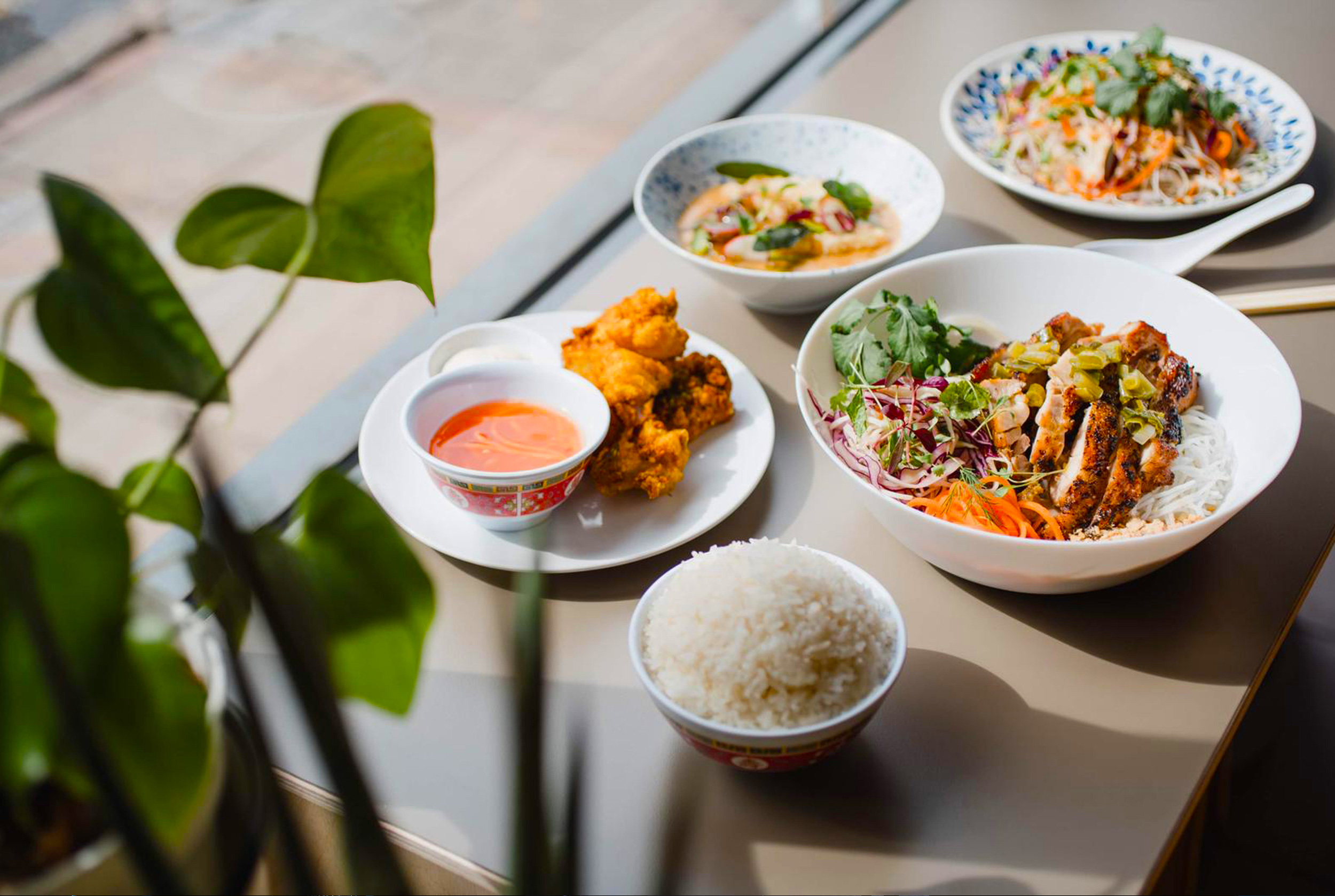