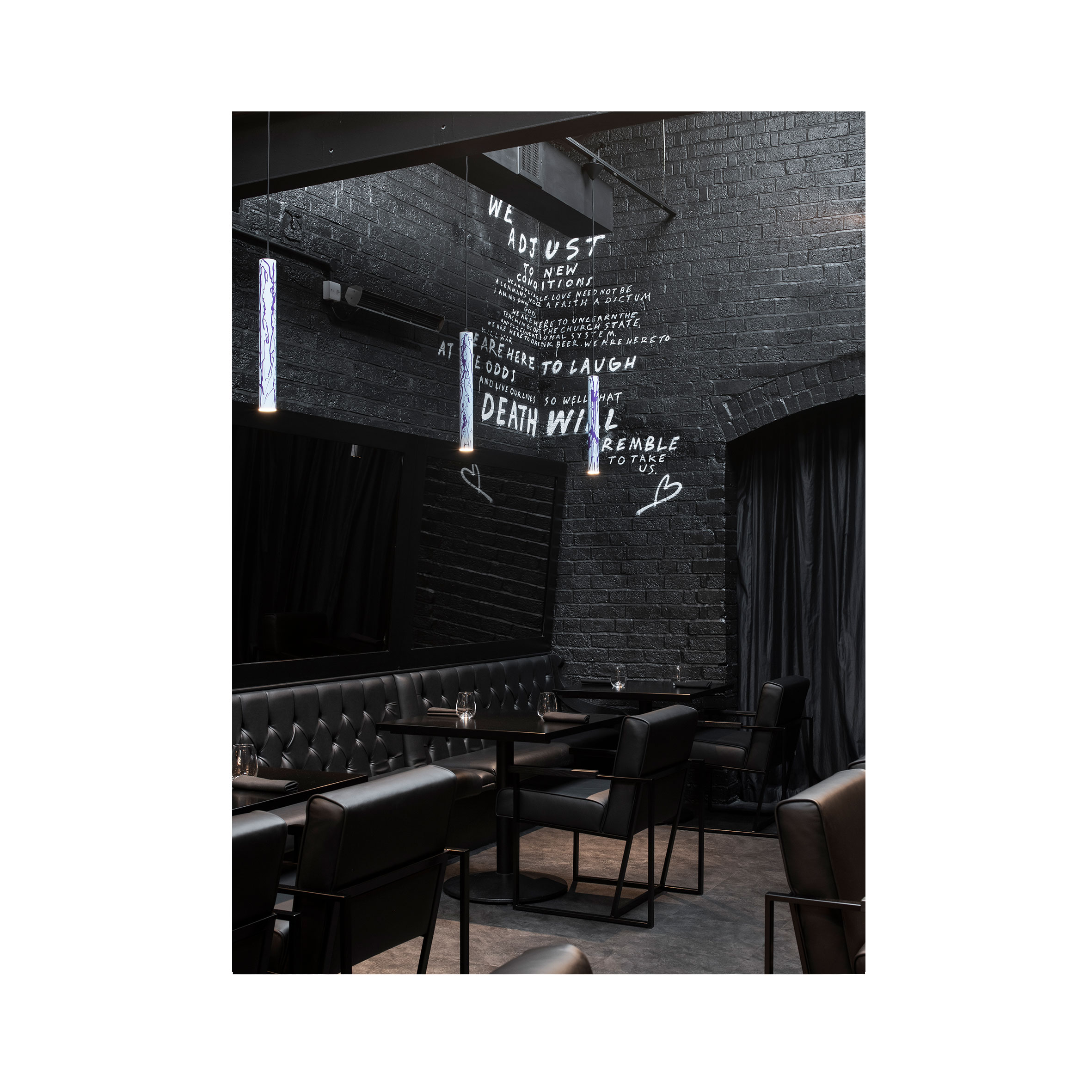 2G worked on the redesign of local Michelin star restaurant Carters of Moseley. The brief was to reflect chef and owner Brad Carter’s personality, to make the space more experiential and to create an atmosphere that would connect diners with the chefs. The project relied heavily on lighting, which was reduced and made more purposeful, highlighting the tables and adding a moodier atmosphere. Directional spotlights from Buster + Punch were used, creating a ‘stage lighting’ effect. The restaurant’s kitchen was opened up and a raised chefs table was created in order to be in line with the kitchen opening, allowing Brad to interact with his customers and providing a more tailored experience.

‘Loud, clear and intensely sophisticated’, The Wilderness Restaurant in Birmingham’s Jewellery Quarter was designed and built by the 2G team after they were tasked with creating a ‘rock and roll’ interior for head chef, owner and former Great British Menu finalist Alex Claridge. The site, a listed building, included an array of period features which remained throughout the build. The restaurant’s offer of a tasting menu and wine flight accompanied by guitar music was paired with the added element of ‘playful kitchen drama’ unfolding before the diners’ eyes, so an open plan kitchen was added, framed by 3D black tiles which gave texture to the pass. Jet black honeycomb gold 3D tiles were also added to the kitchen, removing any ‘commercial kitchen aesthetic’, alongside bespoke stainless-steel, conical hot-lamps created in-house by the 2G team. 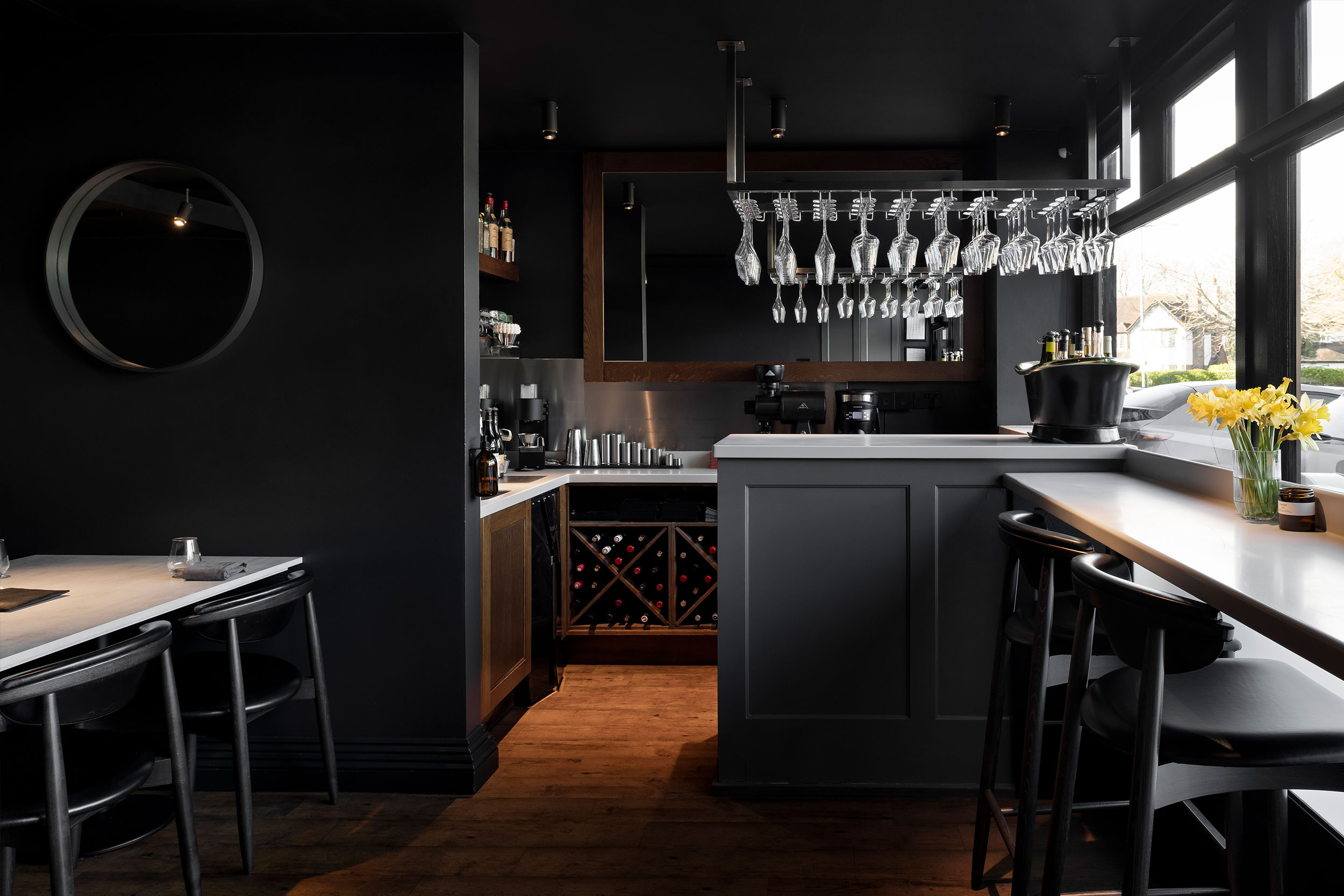 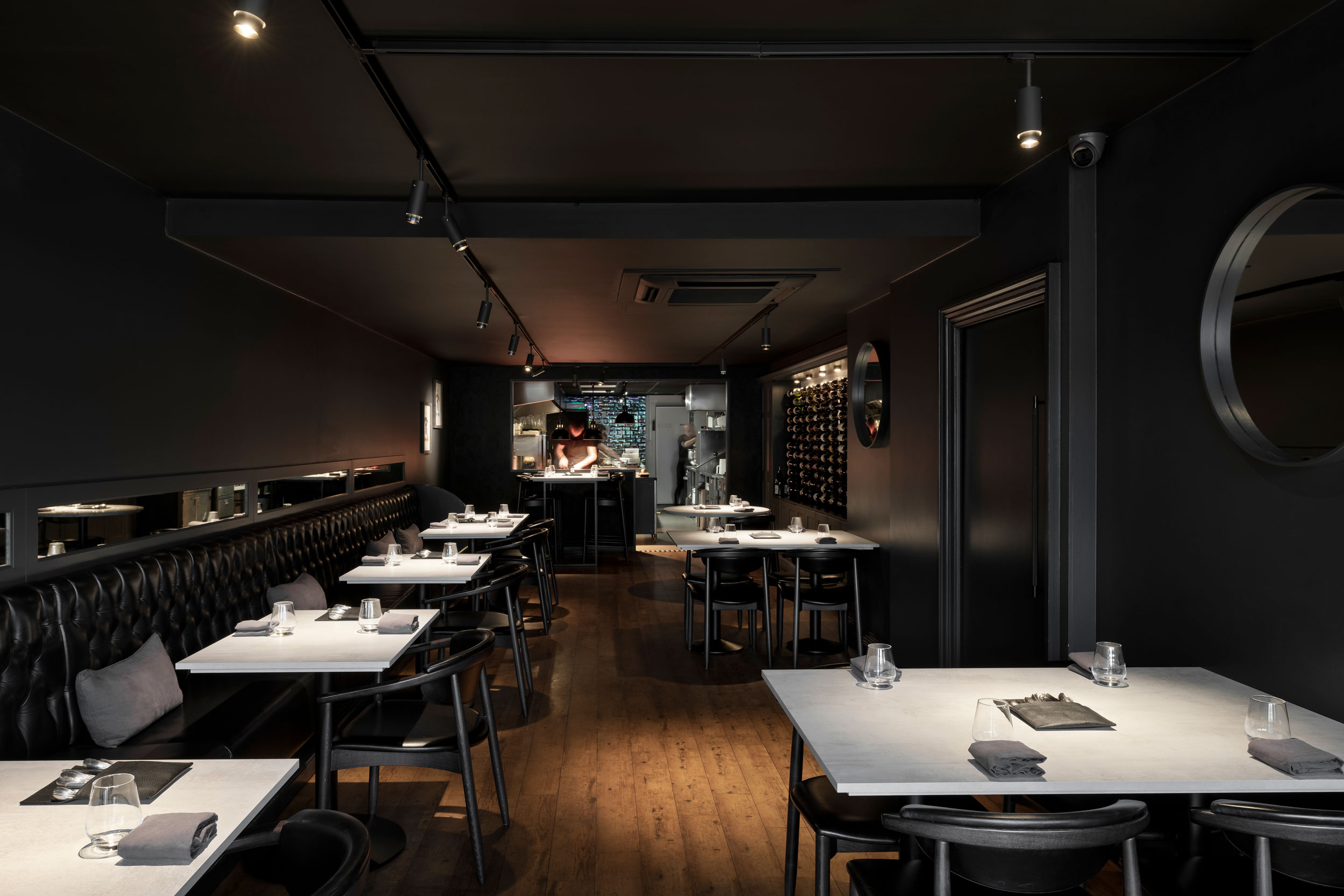 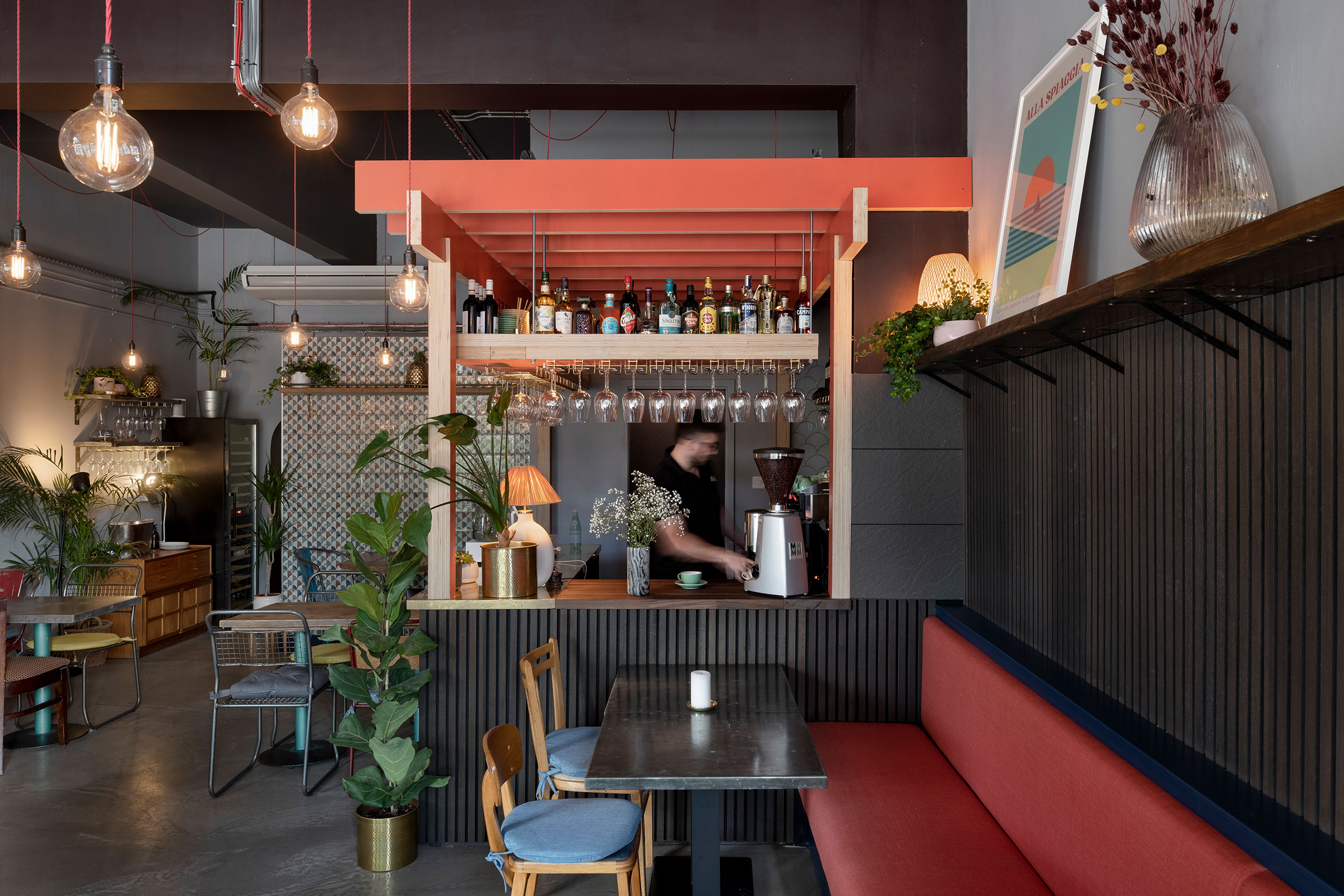 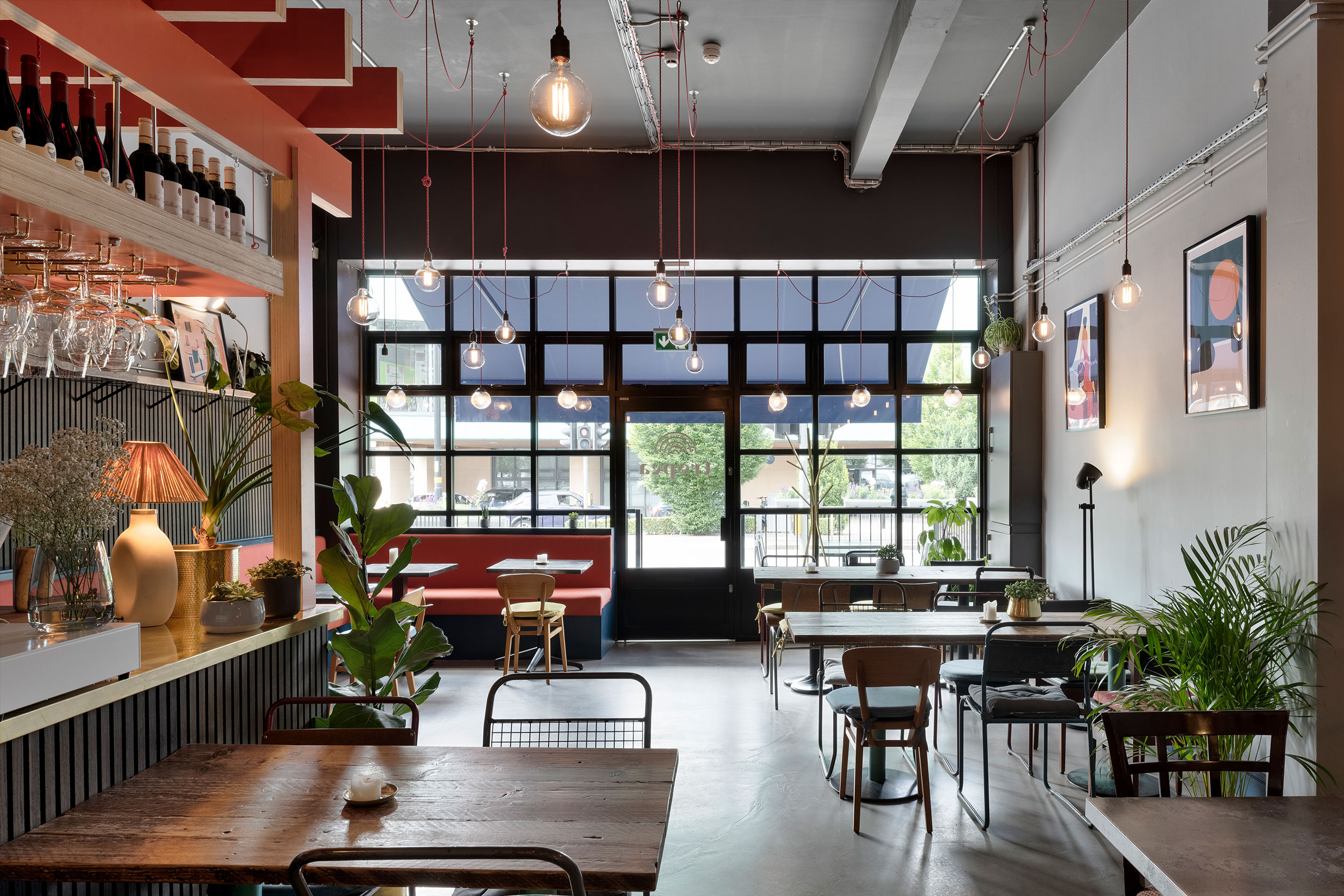 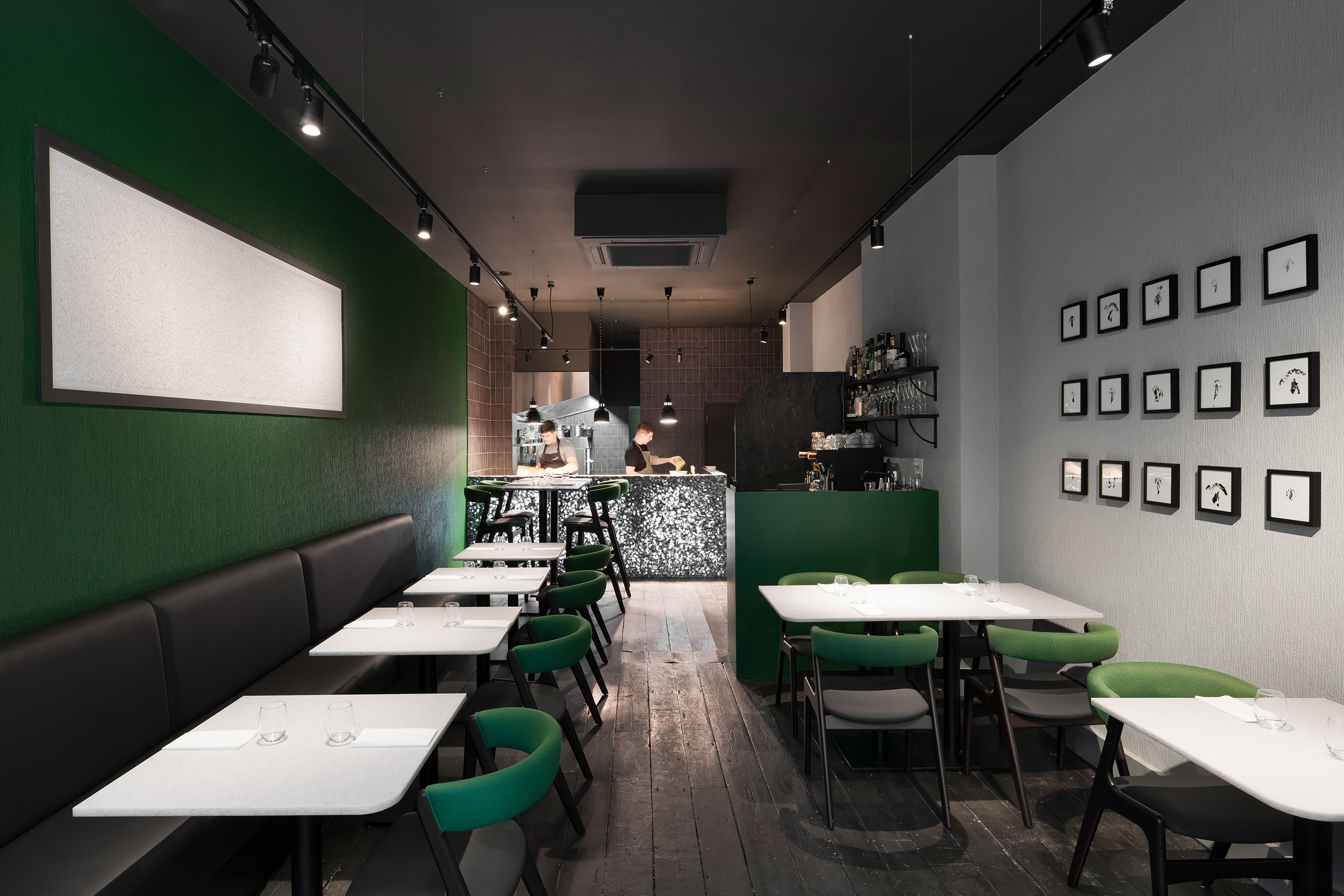 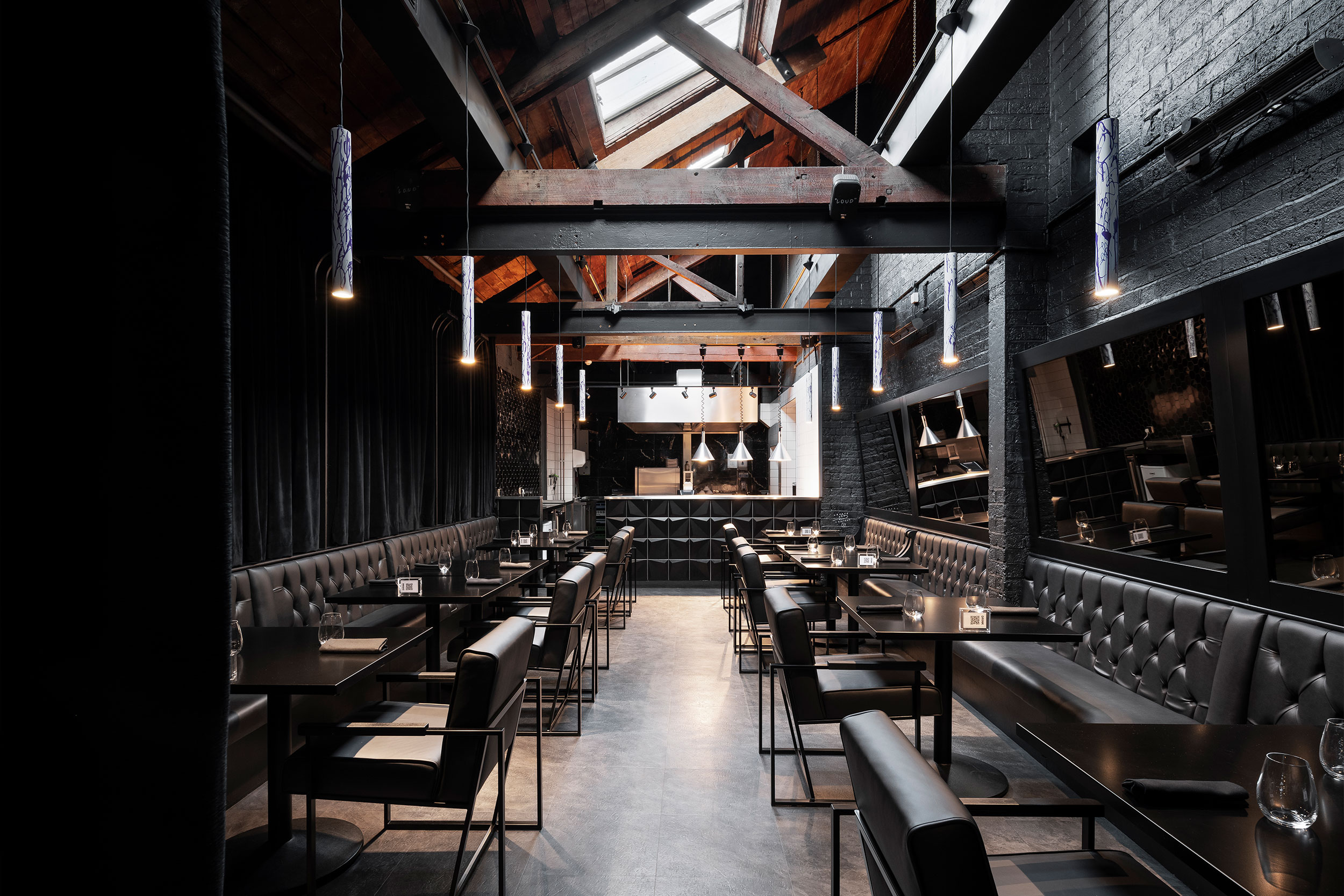 2G also redesigned Land, the plant based fine-dining restaurant located in Birmingham’s Great Western Arcade, and both designed and built local Italian restaurant Tropea and Peruvian restaurant Chakana. All three are featured in the Good Food Guide, with Tropea also recently featuring in the Michelin Guide.

Nick Jones, CEO of 2G Design & Build, said, “We are so proud to have worked on five of the restaurants featured in the Good Food Guide. It’s an exciting time for Birmingham’s hospitality scene and it feels great to have played a part in it. Our vision is to create strong, long lasting spaces for brands which will enhance consumer experiences, and this is especially important in a restaurant setting. We’re so pleased that these well-deserving restaurants have received this recognition.”